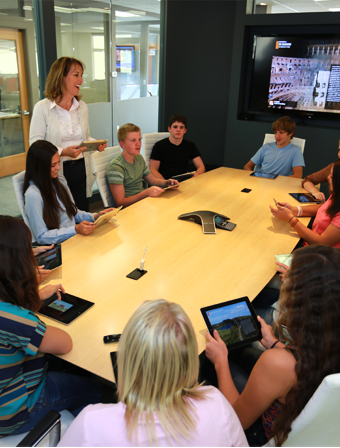 The iSchool Campus concept began in 2009 and formally launched in January 2011 with the mission to give each student and teacher access to the best technology in the world.

After initial deployment into public and charter schools, iSchool Campus launched a new division, ISC Federal, to expand the model of creating successful learning environments into government and international markets. Soon, the company developed state, federal, and international programs that resulted in major contracts with the Governor’s Office of Economic Development in the state of Utah, the opening of Smart Schools in seven states and agreements to implement iSchool Campus technology within the federal government.

Copyright ©
Warning: Use of undefined constant Y - assumed 'Y' (this will throw an Error in a future version of PHP) in /homepages/19/d356887422/htdocs/ischoolcampus.com/wp-content/themes/whiteboard/footer.php on line 8
2009 - 2022 iSchoolCampus